I wish to be called back for free ! 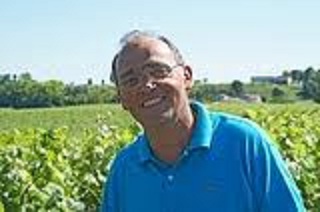 It will soon be two centuries now that seven generations of wine growers have been tending the vines at Château Villars.

Tradition is obviously a basic essential when it comes to managing this family estate. But for more than twenty years now, the quality of the wines of Château Villars has developed through the application of modern oenological principles, to become today one of the references of its appellation.

The vines grow on hills overlooking the valley of the River Isle, in soils of clay and limestone that are known for their capacity to produce wines with great aromatic variety and remarkable elegance on the palate.

The different grape varieties in the different parts of the vineyard are harvested only when their ripeness has been closely studied. It is not unusual for harvesting to spread over several weeks, so that the grapes may be picked at optimum richness. Since 1978, the wines of Château Villars are aged in oak barrels, one third of which are renewed every year.

Very strict technical control is observed in the greatest detail from the vineyard until bottling, so that Château Villars wines remain faithful representatives of the family of Great Bordeaux Wines.

The estate of Château Villars has belonged to our family for more than seven generations, as proved by documents from the age of the French Revolution and the First Empire. Apart from those official papers, we have little information about life on the estate in old times. However, we may assume that Château Villars experienced the same fortunes and misfortunes as the rest of the wine world. Mildew, oidium and phylloxera certainly did not spare our ancestors any more than their neighbours.

Still, thanks to his perseverance, our forefather Octave Trocard owned a sizeable estate at the dawn of the 20th century. Already aiming for quality and striving to build a reputation for the wines of Villars, he wins a gold medal at the World’s Fair in Antwerp in 1907. Unfortunately, the drama of 1914 destroys his projects. After losing his wife Marguerite in 1915 at the young age of 27, he is soon a victim himself of the Great War at only 38. He leaves the estate to his two daughters, now orphaned and much too young to run the domain.

It is Monsieur Godin, appointed tutor to Marie-Louise and Thérèse Trocard, who looks after the estate, while a family friend, Jeanne Dehaut, raises the two girls. Without children of her own, she leaves them her own property at her death.

In 1934 Thérèse marries Jean-Jacques Gaudrie, who commits himself to rebuilding the estate and replant the vineyards, both of which have been neglected in the post-war years. He is a vintner with his heart and soul, hard-working and determined to make Villars shine again.

Jean-Claude, the eldest of his two sons, works with his parents on the estate starting in 1953 and takes over the running of the property at the death of his father in 1968. He focuses on the vinification process, aided by recent advances in oenology that allow him to rapidly improve the quality of the wines of Château Villars. His efforts are soon rewarded by a gold medal at the General Agricultural Contest in Paris in 1973.

But his grand achievement is still to come. Concerned about the imminent entry of Spain into the European Common Market, he is convinced – and rightly so – that Fronsac, instead of resting on its laurels, should work even harder to improve the quality and reputation of it wines. In 1978 he buys his first new oak barrels and starts to age the wine of Château Villars in the same manner as the Classified Growths of Bordeaux. He experiences immediate success, and the recognition of wine lovers as well as the media takes Villars up to a new level.

After an acute lack of men in the 1920s, the Gaudrie family becomes a real boys’ club: Jean-Claude and Brigitte have three sons, Philippe, Thierry and Jean-Pascal. As for the youngest generation, only Camille, the eldest of six grandchildren, adds a bit of a girl’s touch beside Arthur, David, Benjamin, Félix and Oscar.

Since 1991, Thierry, a trained oenologist, has been in charge of the vinification process and has been running the estate since 1997.

Over the course of a century, the surface of Château Villars has only doubled in size. The estate has been built slowly, mainly by acquiring neighbouring vineyards with already seasoned vines, always taking care to strike the right balance between the oldest plantings and the necessary rejuvenation of the vineyards. In 2005, we pulled out a venerable parcel of 95 years, sparing a little thought for Octave Trocard who must have carefully planted it almost 100 years ago, unsuspecting that it would contribute to almost a century of Château Villars wines. Today the estate is composed of 29.65 hectares of vineyard as well as 3 hectares of meadows and 3 hectares of forest. 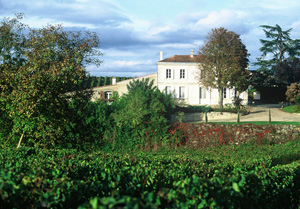